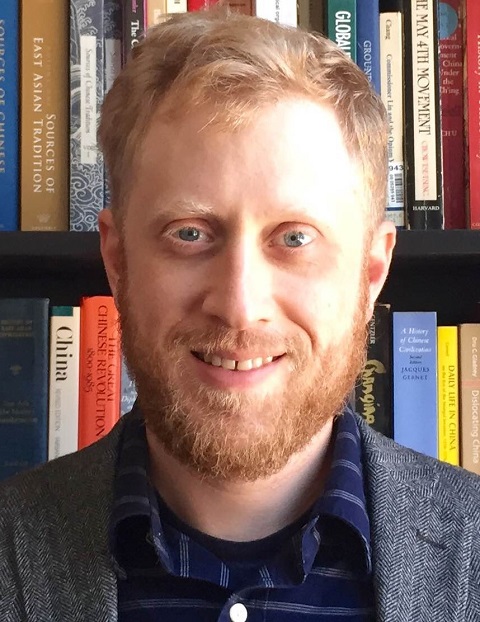 Peter Thilly is a historian of Late Imperial and Republican China, with research and teaching interests in East Asian history, maritime and transnational history, as well as crime and legal culture. He received his Ph.D. from Northwestern University in 2015. He has received fellowships from Fulbright, the Social Science Research Council, and the Institute of Historical Research at the University of London.

His book manuscript, entitled Treacherous Waters: Drug Smugglers in the Making of Modern China, is a social history of the “opium century” – the one hundred years during which opiate narcotics dominated the Chinese economy and became normalized within Chinese society. By focusing on the criminal brokers who operated the drug trade, Treacherous Waters tells overlapping stories about the local experiences of global imperialism, nationalism, statebuilding and corruption. The people who dealt in drugs, over the course of the opium century, carved out a particular capitalist version of local power in the face of encroaching, modernizing states. In so doing, drug traders transformed the processes of nation-building and imperialism in China.

Professor Thilly’s June 2017 article in Late Imperial China, entitled “Opium and the Origins of Treason in Modern China: The View from Fujian,” explains how opium traders came to personify treason during the most critical moment in the crystallization of modern Chinese nationalism – the Opium War of 1839-41. His second article, “The Fujisturu Mystery: Translocal Xiamen, Japanese Expansionism, and the Asian Cocaine Trade, 1900-1937,” highlights the role of opportunism and entrepreneurialism within the wider history of state efforts to control trade in maritime Asia. It has been accepted for publication in Cross-Currents: East Asian History and Culture Review, in a special December 2017 issue on “Binding Maritime China.”